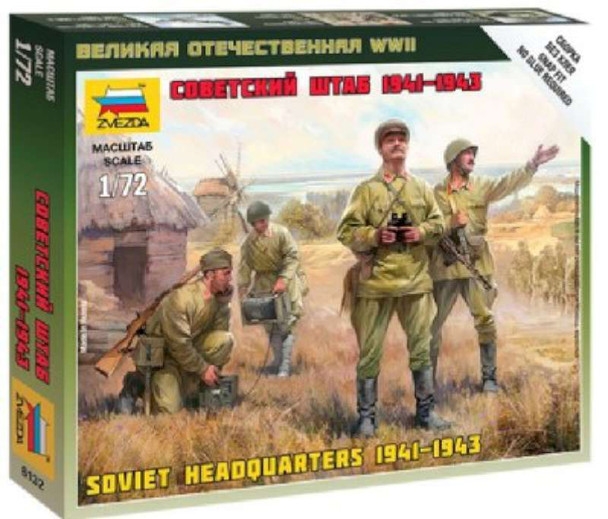 A fresh reinforcement for miniature Soviet armies - the Soviet HQ in 1:72 scale. The set will please you with both high level of detalisation, historical accuracy and ease of assemble. The gamers who collect Soviet army for World War II game will be able to add this unit to their forces. In 1941 the staff of RKKA regiment consisted of eleven men, nine of which were officers. The staff of the regiment was required to command the troops that were a part of the regiment and coordination of their actions with other troops nearby and superior command. The staff officers were armed mostly with sidearms. « less
View AllClose

MSRP:
Now: $13.13
Was:
Game color is a special selection of fine waterbased acrylic colours maunfactured with a special resin and permanent pigments for miniatures figures in fantasy and war games. The washes and inks,...

MSRP:
Now: $40.38
Was:
Their kit also includes two figures to make your truck complete. A big decal with many symbols and color stripes enables you to decorate your trucks in the way you see them on the road today.