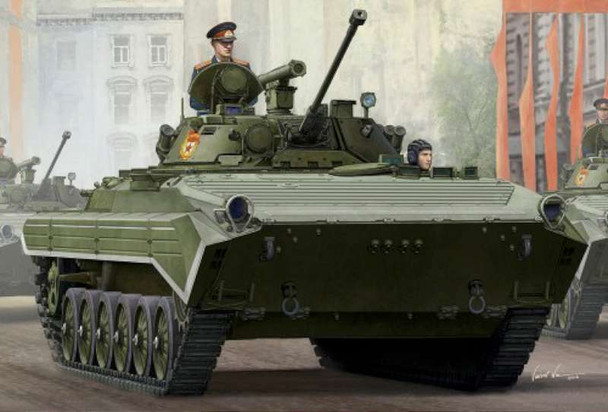 MSRP:
Now: $32.70
Was:
JS-1/2/3 Stalin Model Vehicle by Trumpeter. New wheels were added from the T-10 heavy tank which, had improved ball-bearings. In addition, external stowage was improved and dust shirts were added...

MSRP: $37.95
Now: $31.85
Was:
The NEW ORLEANS class represented the last class of the second generation "Treaty" heavy cruiser built between the two World Wars. The seven heavy cruisers in the class were outwardly similar. Their...

MSRP: $44.95
Now: $41.28
Was:
Kliment Voroshilov interim AFV mating an existing KV-1S tank chassis with a new turret armed with an 85mm D-5T gun (later adapted to the follow-on IS-1 tanks). Kit has well defined raised and...

MSRP: $79.95
Now: $67.69
Was:
The M983 is a tractor unit for use with the trailer-mounted MIM-104 Patriot missile system. It can also be used with the Interim Stryker Recovery System, or other trailers. An earlier variant fitted...

MSRP: $79.95
Now: $66.38
Was:
The Roberts class of monitors of the Royal Navy consisted of two heavily-gunned vessels built during the Second World War. They were the Roberts, completed in 1941, and Abercrombie, completed in 1943...

MSRP: $44.95
Now: $41.27
Was:
They were almost completely immune to the guns mounted on the early Panzer III and Panzer IV tanks fielded by the invading Nazi forces. The "S" variant was a lighter variant of late 1942 with higher...

MSRP:
Now: $33.98
Was:
Trumpeter is an internationally recognized injection molded plastic model kit manufacturer that produces unique subjects of excellent detail and quality! The LAV-25 has a two-person, power-operated...