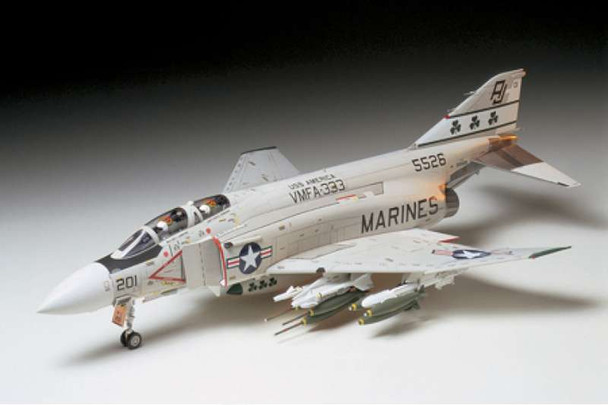 MSRP: $153.00
Now: $125.96
Was:
The F4-J, which became the representative version of the Phantom series in the U.S. Navy has been reproduced in full detail as a 1/32 scale model. Canopy can be assembled in opened or closed position...

F-4J Phantom PRE-PAINTED in COLOUR! (designed to Be Asse

MSRP: $213.00
Now: $169.88
Was:
About the McDonnell Douglas F-4E Phantom II Early Production The F-4E came into production as an improved version of the F-4C/D and was to be the most advanced model of the Phantom series. After...

MSRP: $54.95
Now: $54.76
Was:
Search and destroy Suppressing enemy air defenses is a crucial, highly demanding, and highly dangerous mission. It amounts, tactically to a deadly game of hide and seek in which hidden SAM batteries...

MSRP:
Now: $7.59
Was:
Add some sophistication and sparkle to your cards, gifts and papercraft projects with the beautiful high gloss mirror cards! This package contains five 8.5x11 inch sheets. Comes in a variety of...

MSRP:
Now: $11.91
Was:
Take your project to the next level with these fun stickers. Perfect for scrapbooking, card making, and more! This package contains one 12x12 inch sheet with 51 assorted chipboard stickers. Imported.