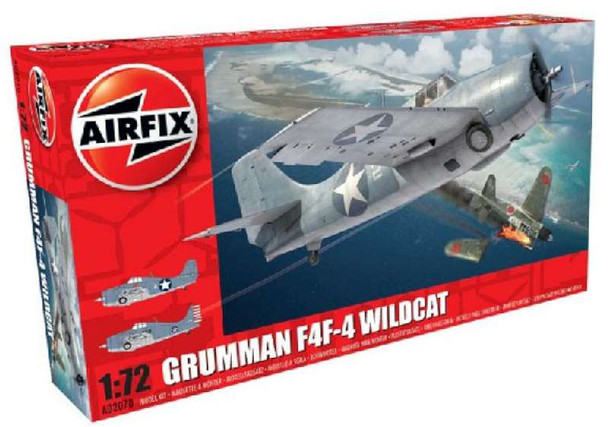 The F4F Wildcat was the US Navy's primary carrier borne fighter aircraft at the start of the Second World War. Characterised by its stubby appearance the Wildcat had been developed from Grumman's successful range of pre-war biplanes and had entered service with the US Navy a year prior to the Japanese attack on Pearl Harbor. By the time of the crucial battles from Midway and Guadalcanal the F4F-4 model had become the most numerous variant and new tactics enabled American naval and marine pilots to gain the upper hand on the previously all-conquering Mitsubishi Zero. Decals for: Grumman F4F-4 Wildcat, Aircraft flown by Captain Marian E. Carl, VMF-223, United States Marine Corps, Henderson Field, Guadalcanal, 1942 Grumman F4F-4 Wildcat, VF-6, United States Navy, USS Enterprise (CV-6), 1942 « less
View AllClose

MSRP:
Now: $12.21
Was:
With these embellishments, your next project will really blossom. This 2.25x12.25 inch package contains glue gun accessories: one heat resistant mat, one spatula, and four finger caps. WARNING:...

MSRP:
Now: $20.79
Was:
This polyester film combines the best features of Mylar and Acetate to provide a highly versatile film. It will not tear, absorb moisture or discolor with age and is heat resistant. It is...

MSRP:
Now: $13.67
Was:
KRYLON-Crystal Clear Acrylic Coating Spray provides a permanent protective gloss coating that will not yellow with age. Moisture resistant and smudge proof. Use for photography, watercolor,...

MSRP: $26.99
Now: $19.73
Was:
JACQUARD-Pinata Color Exciter Pack. Pinata Colors are beautiful, color-saturated, acid-free, transparent inks. They are alcohol based making them indelible and moisture resistant when dry. They work...

MSRP:
Now: $11.87
Was:
Ignite your creativity with Re-Design Prima Chalk Paste! Perfect for using with stencils, this paste is a great way to add a chalk- finish design onto your furniture, walls and more. Simply dab and...